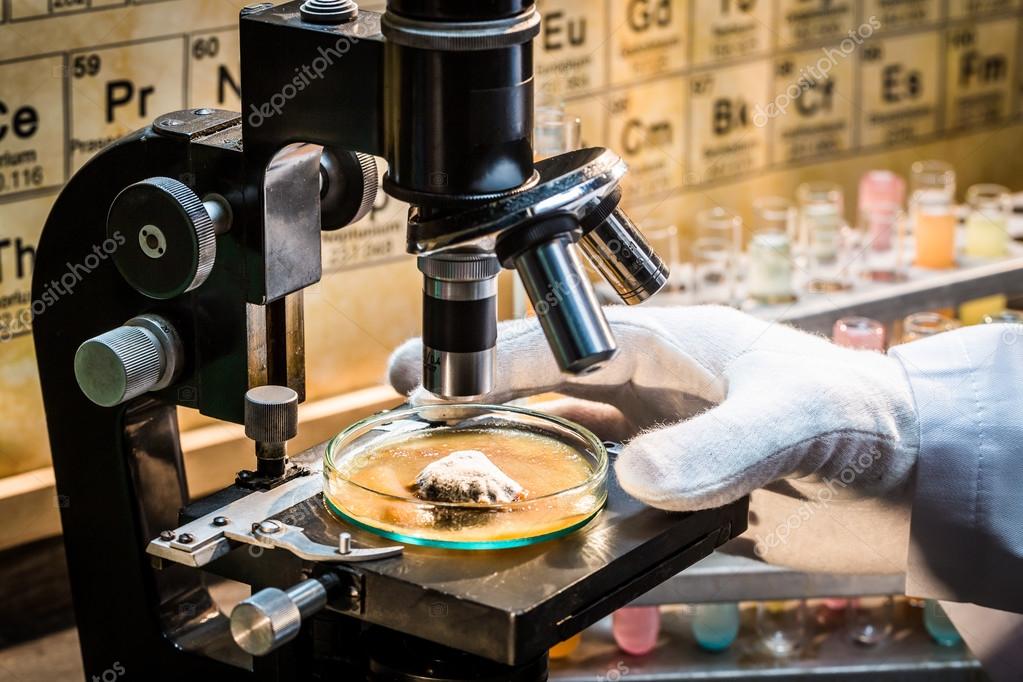 Mold toxicity is a real thing, and it can cause serious health problems.

It can manifest in your body with a whole host of various symptoms such as fatigue, brain fog, joint pain, migraines, asthma, digestive issues, skin rashes, anxiety, and depression. The severity of symptoms varies from person to person, but they can cause long-term health problems.

A urine test is the most common and other methods include blood, hair, skin, stool, DNA and culturing, antibodies to specific molds, various inflammatory markers, and other factors. Many tests check for mycotoxins within your body, but others will screen for fungal infections of the skin, lungs, or systemic fungal infections in the blood and organs.

“Fungal cultures are used to identify the specific fungi present. Many fungi are slow-growing, so it may take weeks for results. Susceptibility testing performed on fungi isolated from a culture is used to determine which antifungal is best to use for treatment.

Tests for fungal antigens and antibodies may be used to determine if an individual has, or recently had, a specific fungal infection. They are more rapid than fungal cultures but only test for a specific fungal species, so the healthcare practitioner has to know what fungal organism to test for.

Many people have fungal antibodies from a prior exposure to the organism, so a single antibody test may not confirm the presence of a current infection.

Molecular tests may be performed to identify fungi grown in culture and sometimes may be used to detect a specific fungus directly in the sample collected.”

Where to get tested

The best way to get tested for mold toxicity is to either find a qualified clinician who specializes in mold illness or through a number of laboratories like LabCorp, Quest Diagnostics, RealTime, and Great Plains that can help with your diagnosis. For example, a search of the LabCorp website shows that they have dozens of different tests for mold toxicity or fungal infections.

Real Time Labs allows patients to order their own tests, while Great Plains does not. You are going to have to check around to see if you can order your own if you do not have a medical provider who can do it for you.

Most laboratories do not screen for all molds and mycotoxins.

According to Real Time Labs,  26 states + DC now allow patients to order their own labs. If you reside in one of those states, you may purchase your DAT (Direct Access Test) online. If you do not have a doctor, you can use a service like MyMedLab, which provides the necessary healthcare practitioner credentials for test orders.

According to mold specialist, Dr. Neil Nathan, it is best to run two or more tests and also use different laboratories. Dr. Nathan said;

“If you are only using one laboratory, you will often not get a complete picture of what your patient has and your treatment will be incomplete as well. Remember that RealTime and Great Plains laboratories use different technologies and have different strengths and weaknesses.

If you use both, you will have a much better overview. Other labs have recently entered the market, but we have not found them to be anywhere near as accurate or clinically useful as Great Plains or RealTime.”

Types of testing that can be done for mold toxicity:

One of the most common and affordable tests is urine testing to see if there’s any mold in your system. You can order a urine test kit online and then collect a sample over the course of several days.

Then you’ll send the sample off to a lab for analysis. If there’s evidence of mold in your system, this will show up on the test results.

To give you an example of the potential cost, Real Time Labs charges $399 for a urine test. 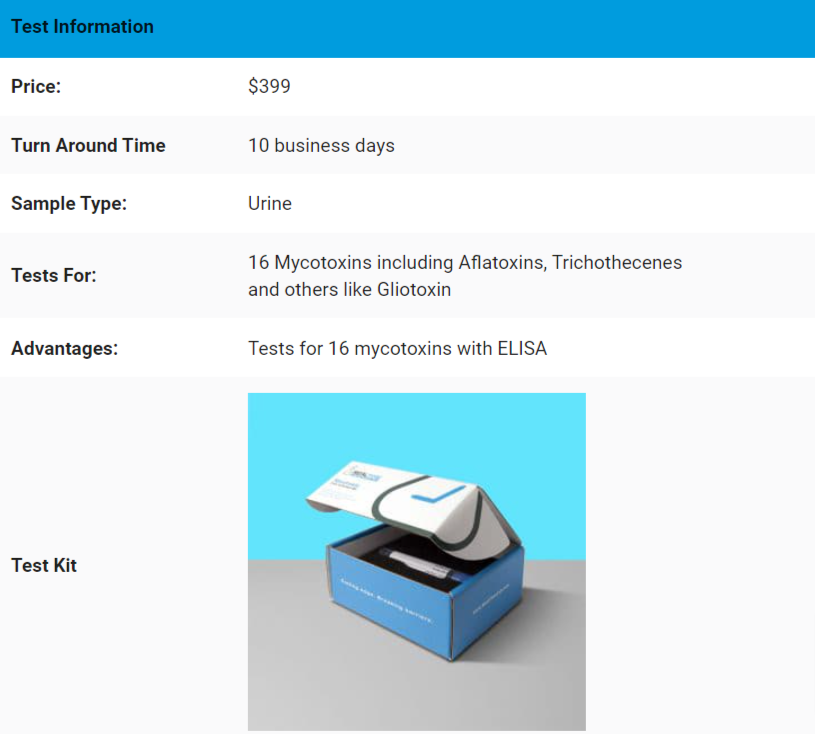 A blood test can be used to check for antibodies against mold toxins. These antibodies indicate that your immune system has been activated by exposure to molds or their toxins.

According to the Mayo Clinic:

A blood test, sometimes called the radioallergosorbent test, can measure your immune system’s response to mold by measuring the amount of certain antibodies in your bloodstream known as immunoglobulin E (IgE) antibodies.

The process is similar to testing for other types of allergies or autoimmune disorders. The only way you can get this test is by going to a doctor who specializes in environmental medicine or naturopathic medicine.

Microbiome tests measure the microorganisms in a person’s gastrointestinal (GI) tract by taking a sample of a person’s stool and growing the molds (fungi) that they find in a lab. Some labs use DNA analysis of the stool samples.

Many peoiple who order these tests are having GI issues such as irritable bowel syndrome (IBS) or chronic dirahea.

According to LabCorp’s allergy testing panels;

Labcorp’s quantitative allergen-specific IgE testing can be useful in assessing the potential that an atopic disposition might play in fostering chronic sinusitis or dermatitis and potentially asthma, thereby allowing the clinician to develop an optimal therapeutic approach at an early age.”

Hair analysis is another method of testing for mold toxicity. A hair sample is taken from your head, and then analyzed using atomic spectroscopy techniques at an accredited lab.

The results will show how much heavy metals (like mercury) and toxins (like mycotoxins) are present in your body based on their concentrations in the hair sample. This test also gives insight into how well your body is detoxifying these substances on its own without professional help.

What is mold toxicity?

The main reason molds can cause illness is that they release spores that produce toxic secondary metabolites that are called mycotoxins. Myco means fungal, and many molds are known to have toxic fungal metabolites (toxins) that poison humans, animals, and plants.

Mold mycotoxins are not visible to the naked eye and must be detected using laboratory testing techniques such as chromatography or mass spectrometry.

According to the World Health Organization, more than 200 biotoxins have been identified from common molds and can interfere with RNA synthesis and may cause DNA damage.

Mycotoxins have several adverse effects on human beings, crops, and animals that result in both economic losses and illnesses. Diseases caused by exposure to mycotoxins are known as mycotoxicoses. Acute mycotoxicoses can cause serious and sometimes fatal diseases.

Mold toxicity can be caused by many things including:

When you are around a toxin black mold, you are usually exposed to airborne mycotoxins by inhaling them.

These mycotoxins then end up in the lungs and causing respiratory problems and other chronic symptoms. Trichothecene mycotoxins in the air can also enter your body through the lungs, eyes, mouth, and even be absorbed through the skin.

Another common way that mycotoxins get into the body is by eating contaminated food. This can happen if black mold has been growing on crops. Most mycotoxins including trichothecene, remain active even after being cooked.

Once you find out if you do have a mold toxicity issue, it’s crucial to start the detoxification process, which for many people will be a difficult and long journey, but well worth the effort.

To find out how to detoxify from mold mycotoxins, please read the article at this link.