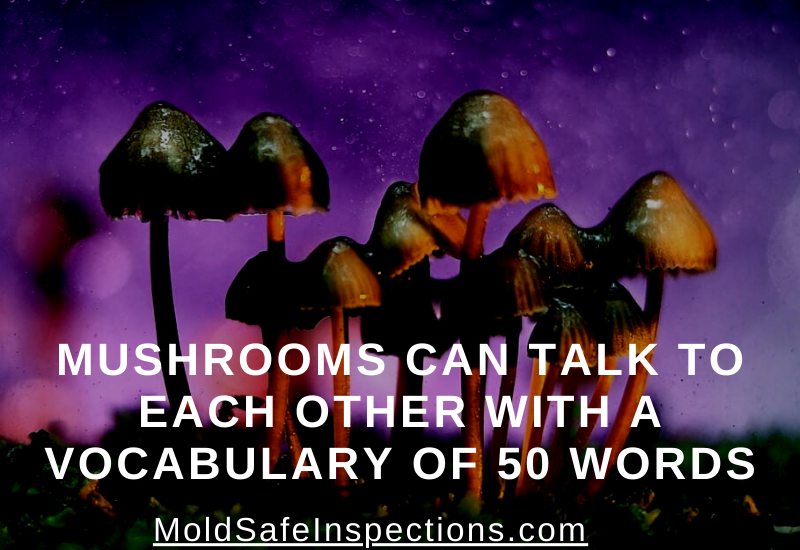 Mushrooms may talk to each other, a new study says.

A team of scientists from the University of the West of England studied the electrical activity of four species of fungi, and found spikes in activity that suggested “chatting” was happening.

The information is relayed using fungal roots called mycelium and the activity mirrors the human vocabulary of up to 50 words.

They believe this must mean that somewhere down the line there is some sort of “conversation protocol” that the mushroom employs to relay information.

According to Prof Andrew Adamatzky, from the University of the West of England, the word length was 5.97 letters, making their language more complex than English, with a word length of 4.8 letters, but much simpler than Russian’s word length of six letters on average.

It turns out that mushrooms are more sophisticated than we had ever imagined!

Professor Adamatzky is the Director of the Unconventional Computing Laboratory at UWE Bristol.

On the five-year anniversary of the laboratory, he was named “The Worlds Innovator In Unconventional Computing” by Earth & Space Research and one of the top 50 robotics influencers to keep an eye on with major media outlets including PC World, Yahoo News and more.

While his interests span a range of subjects, he has created several unconventional computers such as the excitable chemical medium computer, the slime mold computer, and the computer from plants and fungi.