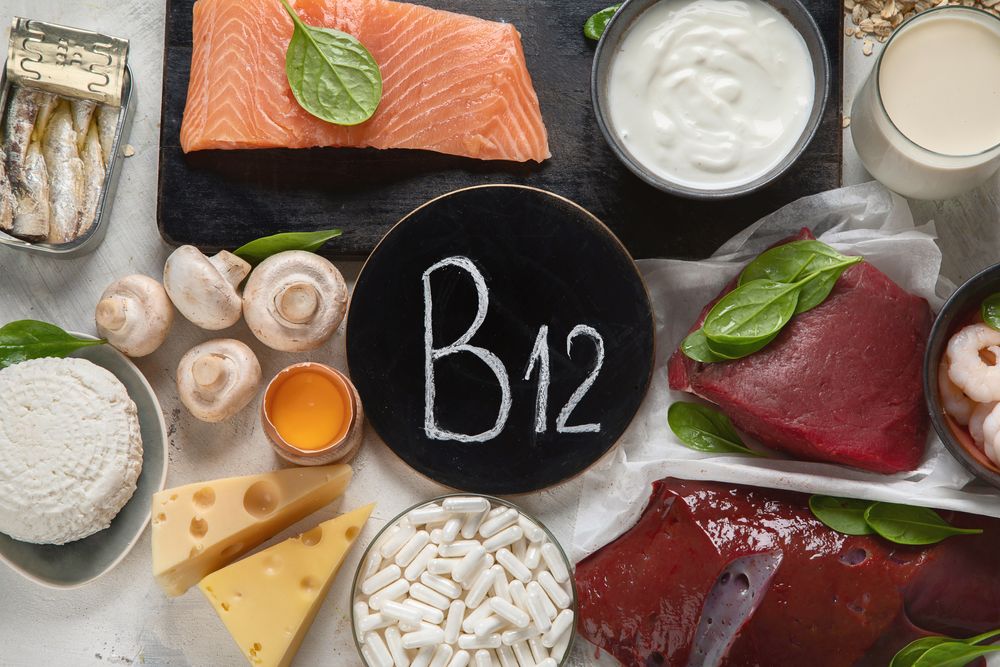 It has been documented that exposure to mold mycotoxins can interfere with vitamin B12 function and cause B12 deficiencies. Pesticides and chemicals can also deplete vitamin B12, which is everywhere in this toxic world.

Even President John Kennedy had a B12 deficiency and once said that he would never have become president without B12 injections.

This is serious because a deficiency in this crucial vitamin can result in severe health problems such as neurological diseases, depression, anxiety, paranoia, memory loss, fatigue, weakness, vision problems and much more.

Psychiatric problems attributable to vitamin B12 deficiency have been described for decades. This may explain why so many people who have been exposed to mold experience many of these same symptoms. I have a full list of these symptoms below.

Most psychiatrists test for B12 but do so incorrectly. For example, they test serum B12 levels. However, serum quantities of this vitamin do not accurately reflect what is INSIDE of the red blood cells. A more appropriate biomarker for testing is MMA, or Methylmalonic Acid. The higher one’s levels of MMA, the more deficient in Vitamin B12 they are.

B12 is important because it plays a central role in the metabolism and even the detoxification of every cell in our bodies.

It also aids in the formation of red blood cells, DNA synthesis, fatty acid and amino acid metabolism and normal brain and nervous system functioning. In more complex scientific terms, it is a source of coenzymes, in intracellular recycling of methionine, in methionine synthase reaction, in the prevention of chromosome breakage, in methylation, and in maintaining a one-carbon metabolic balance.(1)

There are 4 different types of Vitamin B12:

Cyanocobalamin doesn’t add anything to the biochemical picture that the others don’t; ultimately, there is no need for its’ use. The remaining 3 forms have various specific benefits. Adenosylcobalamin works well in the mitochondria and may help increase energy production.

Methylcobalamin functions as an active form of B12—just like Adenosylcobalamin—and is often the form in which B12 shots arrive. Hydroxycobalamin helps to lower levels of Nitric Oxide—a cell signaling molecule—that are typically elevated in those with migraines. (2)

One important variable that most clinicians and patients fail to address is the fact that the trace mineral Lithium is needed for transport. Your body requires small amounts to replenish its’ levels of this mineral. Many clinicians believe that a paucity of Lithium leads to elevated blood levels of B12.

Why? Because if Lithium fails to show up in adequate quantities, both Vitamin B12 and Folate may not be transported INTO the cell, where it participates in the vital functions mentioned above.

Now let’s get a little bit into the science on how mold mycotoxins cause B12 deficiencies.

In a 2004 study, researchers evaluated patients with chronic exposures to toxigenic molds manifest vitamin B12 deficiencies, the role of mycotoxins in vitamin B12 metabolism is assessed, and since vitamin B12 plays important biochemical roles in one-carbon metabolism, the synergistic effects of mycotoxins on humans are reviewed.

A 2007 study published in the Scientific World Journal had also found that a majority of patients with neurological disorders with chronic exposures to toxigenic molds and mycotoxins has vitamin B12 deficiency that is unrelated to dietary insufficiency.

Like the 2004 study mentioned above, the researchers concluded that it is most likely that mycotoxins interrupt the structure and function of vitamin B12 through reactive interference with the normal One-Carbon metabolism leading to the observed clinical neurological manifestations such as nerve damage and, demyelination, degeneration of PNS leading to paralysis, progressive peripheral neuropathy, and spinal degeneration.(4)

An interesting note is that researchers in Germany have reported using B12 as part of the successful treatment for many different skin conditions, such as psoriasis hives, seborrhea, dermatitis, eczema, shingles, and lupus.

Lots of research that I have come across connects a deficiency of B12 leads to interfering with one-carbon metabolic balance in which folate plays a major role in our bodies to make DNA and it is needed for the body’s cells to divide—a process referred to as mitosis.

We know that methylation plays a major part one carbon process in repairing DNA, turning on and off genes, defending against infections and the metabolic cycle so if you are having trouble detoxing, quite possibly you have a B12 deficiency.

Supplementation may be required to replenish one’s levels of this incredibly important vitamin.

Most people will need to research ‘one-carbon metabolism’ to get educated so here is a simple explanation to get you started:

This one-carbon metabolism pathway is centered around folate. Folate has two key carbon-carbon double bonds that are used to convert homocysteine into methionine which can then be used to methylate DNA purine synthesis. Purines are used both in RNA synthesis and in DNA synthesis and dTMP is synthesized strictly for DNA synthesis, be it for DNA repair or DNA replication.

Having this process is vital in fighting a mold illness and fungal infection because toxic molds hack our DNA for their own uses via fungal Mitochondrial DNA synthesis and through horizontal gene transfer.

What this means is that they have the ability to damage our natural immune process to defend against them and then they insert their own DNA into our DNA and they also get into every cell of our bodies through horizontal gene transfer which means they insert their cells into our cells.

Therefore, it appears that these toxic molds are hacking our nutrients such as B12 and folate for their own use in order to interfere with the one-carbon metabolism pathway which we know affects DNA purine synthesis which we use for DNA repair or DNA replication, we have no way to defend against their constant onslaught.

Hence, they have figured out exactly how to steal our vital nutrients, weaken our natural defense mechanisms, evade the immune system and essentially hack our DNA and our bodies.

Here are some more signs and symptoms of a B12 deficiency: